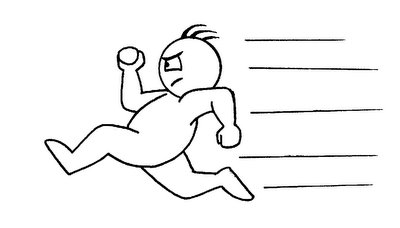 The Maoist-Democrat agreement is a major development. (Prachanda Statement) And things are moving fast. Positive things could happen.

Deshantar reports that the Maoists are also in touch with Tulsi Giri and Kirti Nidhi Bishta. I commend them for that. The first item on their agenda has been a roundtable conference. So their talking to the democrats and the palace is like taking initiative for a roundtable conference. It is already happening. The same article reports the regime might consider reciprocating the ceasefire a few days before it expires on December 3. That would be a really good move. If the regime were to do such a thing, they will earn some credibility. Heck, if the three forces could come around to a roundtable conference, then we might not even need a mass movement. We could go straight off to the interim government.

Such a move would be brilliant on the part of the two extremes. A roundtable conference initiated by the Maoists and the king's men might be the best antidote to Girija's idiotic House revival stand. Such a confluence might be our best hope. Otherwise Girija has hijacked an entire country. He has paralyzed the entire system.

This is yet another instance of the Maoists taking an initiative that the seven parties will not. They decided they want to talk to Giri. They must hate Giri's guts, ideologically speaking, but they are going to talk to him, because they have business to take care of. That's the spirit. That is why I feel the Maoists are going to do really well in electoral politics. These guys are smart. They are agile. They move. They don't just sit there and watch. They are capable of pragmatism.

Daman Nath Dhungana has said a constituent assembly is the only thing that can save the monarchy. The Nepali Congress is nowhere close to becoming a republican party. And that is their democratic right. Does not bother me none.

Looks like the king's around the world in 21 days tour will cost the country 20 crores. What a waste. He spent 5 crores on his Jakarta trip. He was going to spend 10 crores for the UN trip. From the state budget, an average Nepali gets Rs. 3200. The king gets 35 crores. A crore is 10 million.

Gagan Thapa predictably wants an end to the monarchy. He is articulating the sentiment of the 95% of the college students who voted that way.

And there is this revealing Sushil Koirala interview. He says the Maoists should be brought into the mainstream through the parliament. These guys are nuts. These nutcases want to revive the House, amend the constitution and preserve it. The 1990 constitution is fundamentally flawed, it stinks. That the army is not under the parliament is only a small part of the problem of the 1990 constitution. That document is dead. It is over. Get over it, folks.

What Sushil Koirala is saying is the Congress is willing to go up to the point of a constituent assembly. As in, we are willing, but we might not, if we can prove the exercise unnecessary.

These guys are nuts.

Girija Koirala is not capable of basic political conversation. He can not listen to logic. He listens to violence and autocratic moves. At 2,000 deaths, he was not for a constituent assembly. But after 12,000 deaths, and a coup, he has been paying lip service to the idea. He is still not behind the idea. To him paying lip service to the idea of a constituent assembly is just another way to fulfill his real agenda, which is to revive the House. That is it. What does he want? 20,000 deaths before he will finally drop the 1990 constitution and honestly come around to the idea of a constituent assembly? Is that what it will take? This guy is irresponsible. It is people like him who make political violence possible.

Girija Koirala symbolizes everything that was wrong with the 1990s. And a lot was wrong.

Major preparations are being made in Pokhara, Janakpur and Kathmandu. This is the UML encouraged by the good show in Butawal. These UML folks, they are really good at organization. They can get the people out. Grassroots activists in America would envy them. It is not easy to get people to come out.

After the country gets its new constitution, I think you are going to see a majority government of the UML. I see the signs.

Jhala Nath Khanal will be speaking in Janakpur. That is cool. I got to meet him in New York City. "I have been seeing you in the media a long time. Such a pleasure to finally get to meet you," I told him then. (Seven Party Forum In Jackson Heights) (Jhala Nath Khanal, video clip)

The UML plans on going into every home in the Kathmandu valley. That's the spirit. These people mean business.

There is this article about the massive rally in Butwal. I sent Madhav Nepal a congratulatory email. The UML is forging ahead unlike the Nepali Congress. It is because it is not hung up on the 1999 House. That is the key reason. If the Nepali people themselves are not interested in any House revival, why should the parties insist on it, right?

The regime tried its very best to disrupt the Butwal rally, to no avail.

The UML is filling the vacuum created by the insurgency. Some of that could go to the Maoists if they were to make a quick peace possible. Initiating dialogue with Tulsi Giri to make possible a roundtable conference might be a very smart move, if it be true.

I am so impressed with the UML right now. I think it is simply amazing what they are doing right now. Cheesy stuff.

The parties are also getting rewarded for taking the initiative to talk to the Maoists. Dialogue is paying dividends.

The Nepali Congress is gearing to hold rallies in 10 districts.

Looks like the two big parties are not too interested in taking their five junior partners with them. Either they are confident they can pull it on their own, or they are making a mistake. In 1990 those two forces offered joint programs. This time around they are going their separate ways. I think that shows there really is no common minimum program.

The Nepali Congress is for House revival. The UML is against the idea. That is the reality. There is no agreement.

Just like there is a seven person committee of the seven parties at the center - or is there - there should be one in each district. That would make sure the movement has a quick resolution.

Right now not enough thought is being given to the endgame.

Ram Chandra Poudel suggests Girija Koirala is not working in full capacity due to his age and health. He is an inspiration, but nature is taking its course, he says. We need to change before we can change society, he says. That shows the Congress is no longer in the lead. It is the UML in the lead.

The Maoists and the parties disagreed on two important points, this article claims. This confirms my suspicion from yesterday. Those two points are, House revival, and disarming.

You can not freaking revive a House that does not even exist.

The two forces should engage in a second round of talks.

All three forces should talk to each other non-stop. That is what.

The Maoists are gearing to organize a party convention, the first after 15 years. That is very good news. They are going to further deepen their commitment to the multi-party framework through it. Moriarty should be happy.

I think the UML and the Maoists might emerge among the two largest parties in the country after the country has a new constitution.

Looks like most of the top Maoists are still overwhelmingly Bahun.

Koirala remains a Monarchist. "Koirala is told to have sensed this conspiracy and hence he while meeting the Maoists leaders tried his best to inject the grave consequences that would come up in the absence of monarchy in the country."

The sky will fall.

A Left Front in the works? Koirala perhaps deserves it.