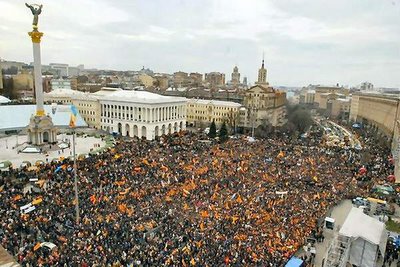 Import of arms from China as per the agreement: RNA NepalNews ..... China had pledged to provide Rs.72 million military aid to the RNA ..... China's aid comes at a time when India, the United States and the United Kingdom have suspended the supply of lethal military arms to Nepal following the royal takeover in February this year ..... arms and weapons entered Nepal in 18 trucks .....

The three big powers India, US and EU have so far made a big mistake which is to not come forth openly saying a constituent assembly is the only way to peace and democracy in Nepal. Another mistake they have made is to not provide logistical support to the democracy movement. The three powers need to think of democracy restoration in Nepal as a project that can be launched and completed over a month. Vague diplomatic statements will not do.

Enter The Dragon
Indian Support For Democrat-Maoist Alliance A Must
Maoist, Moriarty, Madhav, Manmohan: Get Behind The 3 Point Program

Through this military aid, China has made a decisive foray into Nepal's internal politics. It is no longer neutral. It no longer considers Nepal's political developments as its internal matter. It is now very much involved. It has taken the side of the autocrats. The people on the two sides are ideological cousins.

JFK once wrote a book called Why England Slept. He argued that democracies are slow to respond to impending threats like the fascists and the Nazis were. I am reminded of that right now. The Indian, American and European responses to developments in Nepal have been lukewarm. The responses have lacked sophistication and urgency. They are high on moral rhetoric, low on specifics.

The biggest thing about not providing logistical support to the democracy movement is that shows you do not have a good knowledge of the ground realities in Nepal. And so you are reduced to singing vague tunes of democracy.

The Nepal democracy movement needs help. It needs the foreign powers to attain political clarity. And you do that by publicly coming around to supporting the idea of a constituent assembly.

And it also needs logistical support. Powers that have in the past poured in tens of millions of dollars in military aid into Nepal to fight the Maoists should now be willing to pour in a few million dollars to help the Nepal democracy movement with logistics. Put your money where your mouth is.

The West funded the Orange Revolution in Ukraine last year. It is high time for a repeat in Nepal.

The Chinese Communist Party Has Until 2020 Max

Then its political monopoly in China is going to be over.

Import of arms from China as per the agreement: RNA NepalNews
Understanding between parties and Maoists can’t be ignored: Thapa
Thousands take part in UML rally calling for peace and democracy
No need of constituent assembly: Minister Dhakal; No option to constituent assembly: Leaders
Rights groups welcome Parties-Maoist understanding
Nepalis in the US welcome Parties-Maoist agreement
China 'aiding Nepal's fight with Maoists' Aljazeera.net, Qatar
Chinese 'deliver arms to Nepal' China delivers military supplies to Nepal - report China supplies truckloads of arms to Nepal: Report Outlook (subscription), India
China to build information superhighway in Nepal First Bundle of Chinese Lethal support in Nepal NewsLine Nepal, Nepal
RNA Admits Military Aid from China China arms RNA No lethal arms from China: RNA (news update) 7:46 PM ..... hasn’t received any lethal arm from China ..... there were no rifles in the arms consignment that was delivered to the RNA this week. He said that the consignment included some signal equipment ...... The latest arms assistance from China has come at a time when major suppliers of military assistance to Nepal, India, US and UK, have suspended their ‘lethal military support’ to Nepal in the aftermath of the royal takeover of February this year.

This is better news. Lethal military aid is the benchmark. Even India and the UK have provided some non-lethanl military aid after 2/1.