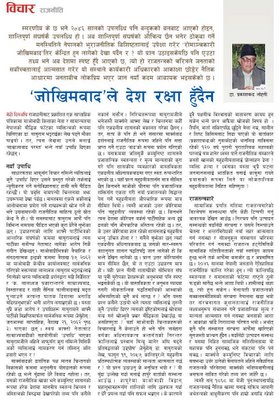 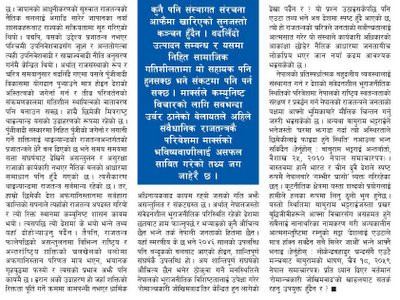 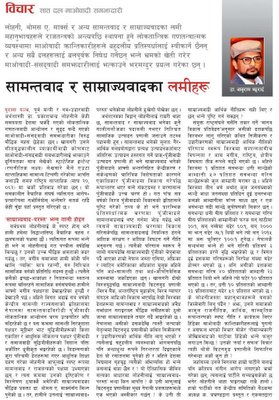 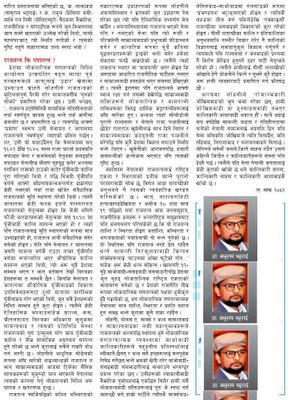 The debate is not exactly as cordial as the Dipta-Paramendra debates, but I am glad they are talking ideas and not firing at each other. (Possible Framework For A Negotiated Resolution, Dipta Shaha Is For February 8 Polls, I Am Against, The Four Major Powers India, China, America And Dipta)

I am a huge fan of Baburam's writings, did I tell you? The guy has this intensity to his style. The fact that he is well-read oozes out of every sentence he writes. His mental acumen jumps off the page. And you can accuse him of many things, but not dogmatism. I am no communist, but a communist would really appreciate the huge ideological leaps Baburam has taken in their camp. His theoretical contributions have been underappreciated. I don't know of another communist in South Asia or the world to be doing what Baburam has been doing.

People worry that the Maoists are part of some global network, and they intend to take over the world. If these Maoists are part of such a network, they are not followers but leaders of any such movement. So instead of worrying that they might get paraded around by their global comrades into giving a communist republic a shot at a more opportune time, you should instead be thanking these Maoists in Nepal that they might draw in other radical communists into what non-communists call the "mainstream."

The Indian authorities should really feel good about the recent ideological leaps taken by Baburam and friends because these Nepali Maoists might end up leading the Indian Maoists by example. I don't feel like they surrendered. I feel like they have carved out a new path for themselves. They have taken a major step forward.

Baburam Bhattarai, more than anyone in the Maoist-Democrat camp, has really worked to make sure the world understands the goal really is a democratic republic. He has religiously fought distortions to that message, like he does here in the case of Lohani, a former and current Pancha.

In this article Baburam exhibits a rather sophisticated grasp of the capitalist economy he so consistenly has criticized over the course of his revolutionary career. He obviously keeps in touch with facts and figures on world poverty. That is heartening. The global economy has not exactly been working wonders for Asia, Africa, and Latin America. That is true.

If anything, we need more of these open debates.