India, Europe, US For A Constituent Assembly 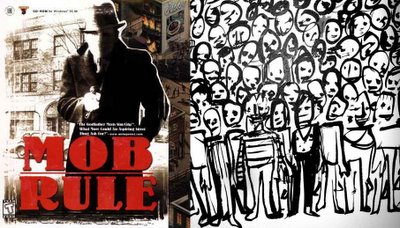 India and the European Union appeared to be positive on the Maoist ceasefire and the constituent assembly. You have been isolated on this count.

Moriarty: I do not feel isolated at all. In my conversations with the Indians, the Europeans, they all stress that giving up the weapons has to be the part of the settlement. It is not that you are going to put the arms under the supervision and you are going to grab them back later on which is what Prachanda is saying. The Indians, the Europeans all join me in saying, ‘no, once there is a movement towards constituent assembly, you do not get the weapons back, you don’t get to terrorize the villagers with threats.’

Can you believe this? I can't believe my ears. The Maoists just scored a coup. Who could have imagined? I am not suggesting this is a new position on the part of the foreign powers. But this is the first time I came across it.

America is for a constituent assembly. India is. Europe is.

I am not surprised. It is just that I think the Maoists should cash on this fast. They wanted a constituent assembly, and now they got it. If they have been wanting to isolate the king, they never had a better chance.

But this is no free lunch. The Maoists have their part to play. I urge Prachanda and Baburam to see this opportunity for what it is.

On the other hand, the king did come for the idea of such an assembly right after February 1, 2005. It is just that these days he gives one bland speech, and then for the next six months you just see his pictures, then he gives another bland speech. I mean, if you are president, prime minister and king all rolled into one, why will you not let Rabindra Mishra grill you? Chairman Mao did not have that many titles as this king.

If Moriarty had been strong on the constituent assembly idea before the political parties in Nepal, the Maoist might have had a reason to accuse him of representing some country that might have imperialist designs on Nepal. That also means Moriarty has been listening to the Maoists. Because the Maoists use the "I" word, Moriarty has been careful not to act too intrusive in the country's affairs. He has been respectful of the opinions of the political leaders in Nepal. He has routinely deferred, even when I thought he was in the right and maybe some of these cat politicians were not making much sense. In the same interview he has also made it very clear that India has provided more military aid to Nepal than the US. And he has ridiculed the idea that the US might looking to have a foothold in Nepal to check India and China. The suggestion is so ridiculous it is not worth commenting upon, he said. And I believe him. America wants trade. India wants trade. China wants trade. All three powers want to grow off of each other. And if America intends to contain India and China, I would advise it to look for a better foothold than Nepal. Nepal just does not have that kind of a reach.

The Foreign Powers Need To Come Clean On The Constituent Assembly Question (September 25, 2005)

But now he has given a clear hint. All the big powers are for a constituent assembly.

My personal first choice is to get rid of both the armies. Just plain get rid of them. Demilitarize the country. But I am not the only one talking. And all concerned parties should voice their opinions. And I am open to the idea people might disagree with me.

If the Maoists wish to pull a Lenin or a Mao in Nepal, that is not likely. They don't have the military capabilities to do so. And whatever political goodwill they earned through their four month long ceasefire and the 12 point agreement, they stand to squander it all.

Do I believe the Maoists are trying to pull a Lenin or a Mao? As in, Lenin used a constituent assembly as a tool to weaken the "autocrats" and rope in the democrats. Once the autocrats were out, he promtly got rid of the democrats. Mao used the Nationalists to fight the Japanese. As soon as the Japanese were off the radar screen, he promptly went after the Nationalists, and that is how you end up with Taiwan.

No, I do not believe the Nepali Maoists are trying to pull that stunt. I really don't. Nepal is not 1917 Russia or 1949 China. Nepal is a different country. This is 2006. Geopolitical realities are vastly different today. We live in a world were America, India and China genuinely want to make as much money off of each other as possible, as all of them realize deep in their bones that trade is not a zero sum game, it is a win-win.

But some of the recent Maoist rhetoric can lead you to believe otherwise, or that they are at some level confused.

This is what I understand to be happening. Look at some of the recent things they have done. Look at their unilateral ceasefire. Mao never did that. Lenin never did that. This was not in the books. Look at the ideological leap from a communist republic to a democratic republic. That is a huge jump. And look at the 12 point agreement. They have committed to things like rule of law, freedom of speech, and so on. It has not been easy for them. And they are still struggling. They have a few relapses here and there. It is like you grow up a Christian all your life, a devout Christian, and then in your 50s you decide you are going to become a Buddhist. All your Christian thoughts are not going to magically vanish out of your mind. Habits of mind die hard.

And the king has made a real nuisance by not reciprocating the ceasefire. The entire world expected him to, but he refused. He has his own bad habits of the mind. That made it really hard for the Maoists.

So, no, I don't believe the Maoists are trying to doublecross. I just think it is very hard what they are attempting. And they need help.

This is very important that all the major powers have put down in so many words that they are for a constituent assembly. This will help the Maoists talk more reason.

Now it is for the Maoists to do the right thing. It is unrealistic to think they can declare a ceasefire now, or that they can disarm. But they should come around to some revisions to the 12 point agreement. It is high time the seven party alliance and the Maoists again entered talks. I think they should agree to demilitarize the country before it goes through a constituent assembly.

For a long time I criticized the seven party alliance for not having enough political clarity. Now I would like to criticize the Maoists. They need some clarity of their own.

And the foreign powers are not even talking in terms of a conditional constituent assembly like I sometimes do. This is huge.

And I continue to have a standing challenge to the smartest person in the Maoist camp, Baburam Bhattarai. See if you can draw a more progressive constitution than this: Proposed Republican Constitution 2006. And I am talking of the poor, the powerless, the marginalized. What I am proposing is not something that America has, not something that India has. Tell me if you like it, tell me if you don't.

I mean, look at it this way. If Ambassador Moriarty and I were to start discussing American politics, we would have more disagreements than Prachanda and Baburam in early 2005. Only neither would end up in "protective custody."