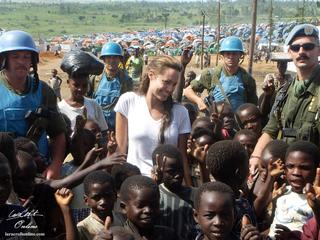 I believe those are the three phases through which we democrats will have to take our campaign to counter 2/1. External help will be sought as much as possible, but we will have to prepare for the fact that ultimately democracy will have to be earned, it will not be a gift from the foreign powers.

Even if we are to take the king on his word, that he has the best interests of the Nepalis in mind, he has no excuse whatsoever not to restore all fundamental rights. The first step is to do with human rights. Human rights activists need to be released immediately, the regime should pledge its support to the universal standards of where the line has to be drawn as to the use of force by the army against the civilians, and mechanisms ought be established to monitor progress or lack thereof. Human rights abuses up to and including crimes against humanity can not be allowed to be offered as "perks" to the foot soldiers of the Royal Nepali Army for their allegiance to the regime, as has been the case thus far. This is the most basic Common Minimum Program around which we can hope to rally absolutely any human being on earth.

The Human Rights Accord between the army and the Maoists that was in the works has to be revived, for that could be the best first step to a possible negotiated settlement.

Democracy is cacophony. That is what it is when it is working. Unlike the monotone of the Maoists and the Monarchists, we democrats will see plenty of divergent views along the way as we tread this difficult path. It is that cacophony that the Monarchists have labelled as disunity among the democratic ranks or, worse, instability.

We need to cast our net far and wide and engage in a broad discussion. The castigations that have been launched against the democratic experiment of the 1990s have to be answered. When you do not throw back rebuttals, people tend to believe the lies. We have got to hit back.

There has to be a lot of reflection. The more people that we involve in the debate the better. For, ultimately, democracy has to be understood at the grassroots.

But at this critical hour, the goal has to be to create a Political Platform. We need to come up with a Common Minimum Program that can bring all democrats together. We will not do away with all our internal differences, and neither should we, but we have got to realize a strong unity has to be forged.

Democracy is a simple concept: it is one person one vote.

As they say, expect the best, prepare for the worst. Let's assume King G and his brats will stay the course. They will not restore the fundamental rights. They will take the country into a deeper and deeper civil war. Let's assume the king means it when he says three years. Let's assume he means to stay on longer.

I stand on the side of making full use of the fact that we live in the era of globalization and the internet.
And we need to galvanize global support as much as possible, to escalate in stages.
You can not kill democracy in the name of wanting to save it, you can not design a human rights disaster and claim to be for democracy. This regime has to be seen for what it is.