Bindeshwar Yadav: Restructuring Of The State 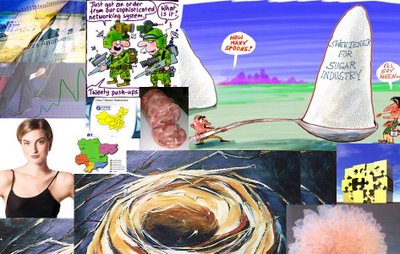 NEPAL: RESTRUCTING of the STATE

There are evidences to support restructure of states based on ethnicity, language, region, and population. Basically the revolution is against untruth and injustice, for human right. In the spirit of the time; let the people do restructuring of the state according to their own consciousness. But impose on them responsibility to demonstrate the mechanism to maintain inter states; and state -center cordial and professional relations; along with the development of the strategies and guidelines to show a strong national bond. On the other hand, the center must play the role of the queen bee that those bees all of the team (states) must run towards the center. Therefore, states look towards the center. And it also must have the centripetal force that all states dance in circular motion with attraction towards its center. Let’s create like “United States of Nepal”. Overall, for perpetual peace we must stop ‘Negative use of Intelligence and Power’; and begin soul- search. Let our inner being to guide us all.

The people of Nepal have agreed for a federal system of government. It has brought a series of discussions about the number of the states and the boundary of the states within the country Nepal. In the context of present Nepali political discourse several doubts are arising in sensitive minds. Restructuring of states within a national boundary; unification of states to form a new nation; braking of a nation to give birth of a new nation are on going process in the history. Monarchy system has failed due to its own demerits: demerits of not discharging its honest duty towards the subjects; ruling the nation not based on the principles, which he supposed to. The monarch or king, who had has all the three principle powers of the states: legislature, executive and judiciary; as well as he had has the unsigned contract to serve the state people. With time, they became selfish and suppressor on the people; and the bond between the king and the subjects became weak. This change in the paradigm of the state administration worldwide invited the revolution, which brought changes in the governances system of the states, as well as forced the states for the restructurings. It also divided a nation; and created a new one.

It is possible for political science to suggest, “The state cannot be structured principally on the basis of fault lines (such as ethnicity, religion, population and even geography to some extent) which pose substantial threat to national unity in the event of mismanagement”. In these lines political science is just providing a theoretical principle for national integrity, but at the same time it is indicating towards the ability and effectiveness of the administration.

There are evidences to support restructure of states based on ethnicity, language, region, and population. Basically the revolution is against untruth and injustice, for the human right.

Before the British- empire, in India, there approximately four hundred sovereign states those were headed by kings/monarchs. When the kings left the serving subjects, and stated serving themselfs; the states and the subjects rejected them, it is so simple. The creation of Pakistan on the map of the world is based on the religion, further the division of Pakistan, and creation of Bangladesh is language and geography based; while discriminative administration of West Pakistan (presently Pakistan) towards the people of East Pakistan (presently, Bangladesh) was the revolution -igniting factor. In the recent years, within the Indian national boundary, several states have restructured; and new states have come into existence: such as Jharkhand state from Bihar state; Uttaranchal from Uttar Pradesh; and Chhatishgardh from Madhya Pradesh. These are evidences of creation of ethnicity-cum geography - based states. Therefore, in the present context of Nepal, it is totally baseless to say that ethnicity, religion, population and geography will be not the basis of state restructure.

For others, those who dream a united Nepal, the way the debate on state restructuring is going on, is satisfactory; as it is engaging people to think and bring new possibilities out for harmonious co-existence. As far as the issue of “identity politics” arises; identity is a basic human need, and right. Trinidad and Tobago, a twin islands, a sovereign country, in which Tobago has fifty four thousand population and 41 by 14 kilometer area; where as Trinidad has population of 1.2 million and land area of 80 by 60 kilometer. The importance of identity can be seen with the name of nation “Trinidad and Tobago”. Newly formed Indian state, ‘Chhatishgardh’ indicates a union of thirty six (Chhatish in Hindi) states, which were in existence in earlier time. Without identity man is nothing, but a mass of flesh, bones and blood. If someone’s identity is grabbed; it is quite natural that at every possible forum, he will try to get it back. Is it not a reality, millions are without identity in present Nepal?

The on going discussion on state restructuring is scientifically sound, and evidence- based. It is just based on two principles of life:

The first one: “Every action has opposite and equal reaction.”

This principle of physical science is also applied in the human life. If we have not realized it then we need to do it.

What is happening today in Nepal, it is a just reaction of the past actions; as well as, the grown plants from the seeds those were sowing earlier by the rulers?

We must patiently accept the reality. Overall the interpretation of an event largely depends upon the observer’s mind. How does he articulate his own reasoning? Some see a glass half full, while others see half empty. In both circumstances, the truth is the same. Positive minds see positive aspect that is fullness of the glass; and express joy and hope; but negative minds see the negative aspect that is emptiness of the glass (and forget half glass water filled); and project the vibrations of sadness and hopelessness. In present situation of the country similarly, both sets of reasoning will emerge depending upon, how we take it.

A holistic view of the yesterday -Nepal spontaneously revels that it had the body of a state, and the mind and the spirit of an enterprise. It had has all the three organs of a state – the legislature, the executive and the judiciary system. That represents the body of the state. But the administration was not based on the legislative laws; and further the judiciary was not independent for the people purpose; therefore, the state had lost the spirit and thinking of service and welfare of its people. It had projected as a state and behaved as an enterprise. It is the people who provide to a piece of land the potentiality to be a state. A land without people is not a state. We see hopes in future for a better Nepal.

Our mind doesn’t digest the idea, “That said we just cannot restructure the state for a particular class, ethnic group, religion, region or language, which will prove suicidal in the long run.”

We feel that the present situation is very serious. Nepal can’t afford to act on this idea. The implementation of this thought will be proved immediate suicidal for the nation. No time to wait for long. It is like refusal of medication in the fear of side effects, and being unaware that the disease will kill in the absence of medication. About some year’s more than two centauries ago, Nepal was limited to a very small valley of Kathmandu; and over sixty principalities had been conquered and forced to constitute the modern state of Nepal. In reality: a few have availed the benefits of the union; while the rest are suffering. Millions are without citizenship; their language and culture have been eroded. Their lands have captured. We must accept that the previous governments, under the cover of unification, have developed colonization. Do they, who are colonized, have right to come out of the colonization! United Nations has declared that colonization must come to the end globally. Most of the colonial states of the world have got liberation.

State as per people’s consciousness

In the spirit of the time, it is the only suited best possible solution for the restructuring of the states that let the people decide according to their consciousness, even it based on ethnic, language, region and population. It will finally lead to democratic process. But, we must remember, the federalism is not the solution of all problems. The transformation of thinking and act, over all behaviour, of politicians and administrators, which is just a nightmare in the present context of Nepal, deciphers the existing problems at large.

We must come out of ‘Armed force- Dilemma’ that false unification of Nepal can be prolonged by the application of armed forces. People have right to go back to the history; and regain the shape of their states, what those were before the conquest. The fact is; in spite of all injustice and deceive, suffering and agony, people want to remain united; but with identity and in the spirit of real unity based on truth, justice and human right. We like to suggest:

In the spirit of the time:

On the other hand,

Ruling class were knowing very well that state is not pro-public; and it does not have maximum people participation and representation, which is the essential requirement of our state. Even, during the revolution none tried to correct, but all forces were engaged to suppress the people’s voice.

Negative use of Intelligence

Like another sovereign country on the earth, definitely, Nepal is a great piece of land. Common Nepalese are also great. Are the nation –leading people the same? Observation of one’s own weakness and strength, in national life, has high priority for top position occupying personnel in all organs of the state. Common people just follow them.

Present race of globalization provides a wide space and broad range of give and take opportunities. Again, it depends upon us, “How do we see it? How do we adopt it?”

Do we promote our valuables ‘human values’ globally; or bring home absolute materialistic concept among poor masses. We must remember the ancient teaching- once, the intellect (mind) is influenced by greed and ego, delusion appears; then intellect starts engineering untruth and injustice, which reflect in practice that, in long run, gives birth of negative use of weapon (i.e. terror with weapon).

Overall, for perpetual peace we must stop ‘Negative use of Intelligence and Armed force’, as well as engineering of untruth (deceive) and injustice in our mind; and begin soul- searching. There is always enough room to accommodate all, if we have intense inner desire. Let our inner being to guide us all.