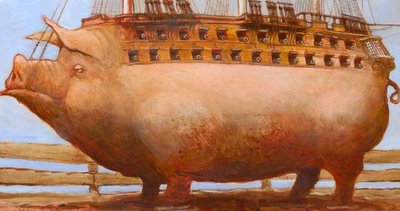 A PCP uses the word "madisey" casually as well as with emotion, also words like "dhoti," and "marsya."

A PCP uses the word "madisey" and claims it is meant only for the Indians, not the Madhesis.

A PCP feels closer to the Indians in Darjeeling than to the Madhesis in Nepal.

A PCP blames the Madhesis for all affronts from India to Nepal, real and imagined, like the Muslims in India get accused of being more Pakistani than Indian.

A PCP could come in the shape of a Bahun, a Chhetri, a Rana, a Shaha, a Janajati, a Newar, a woman, and a few more.

A PCP is often looking for a token Madhesi.

A PCP does not recognize the term Madhesi, only its component castes and subcastes.

A PCP talks of the plight of women in the Terai, but not of the same in the hills.

A PCP thinks the Nepali Congress, the UML, the RPP, the Jana Morcha, the NMKP, and the Maoists are political parties, but that the Sadbhavana is a communal outfit.

A PCP warns that the Madhesis should not talk of their rights, or things could get "worse!"

It does not matter that the PCP has advanced degrees. A PCP is still a PCP.

A PCP claims to have Madhesi friends.

A PCP claims both Girija Koirala and Madhav Nepal are from the Terai, there is little the Madhesis need to complain about.

A PCP claims Hindi is an Indian language.

A PCP takes the moral high ground, "Why can't we all simply identify ourselves as Nepalis?"

A PCP claims he/she is not a Desi.

A PCP has social rewards for Madhesis who have internalized the prejudice.

A PCP asks that the ANTA be "inclusive."

A PCP is always trying to shift Madhesi rights talks from one on policy to one on all of us just getting along.

A PCP ignores prominent Madhesis, especially the vocal ones.

A PCP is still a PCP in Nepal, in Delhi, in America, in Norway, does not matter where.

A PCP asks to be hit back verbally.

A PCP worries the Bahuns might end up marginalized, and so social justice should not be discussed.

A PCP thinks to talk social justice is to hurt the cause of democracy.

A PCP thinks personal bonds, real, imagined and pretended, are reasons why Madhesis should not talk up Madhesi rights.

Anonymous said…
I am curious whether this applies to people who pass any of the tests above or all of them, or whether it's an otherwise unknown combination of some of them..
12:36 AM

Anonymous said…
PCP... ya those bastards are responsible for acute proverty outside of kathmandu... they sell their sisters in brothels and with that money they drink and have fun with other "bhalu" in kathmandu... that is their life...
2:34 AM

Anonymous said…
hey u being madhesi feel good to be called. It's true that madhesis are not given respect in kathmandu.

But its also true that madhesi feel more near to delhi rather to kathmandu. What do you say for that ?

The madhesis have more respect to hindi rather than to Nepali. What to u say for that ?And they want to call hindi as the National language of Nepal. This has been practised politically by the madhesi parties. Wearing of dhoti in parliament had been politicalized by Sadhbhavana party as the freedom to wear his communal dress in the parliament. Has any gurung or newar or other communal people has ever tried that ? They also have their own communal dress. Why do you donot respect the daura suruwal? The issue of making hindi as national language of Nepal was widely publicized by indian media and even said that only political party in Nepal supporting India is Sadhbhawana.

At first madhesis should feel Nepal as the safe land not India. And promoting regional language like maithili is far better than saying hindi as the national language. You answer me how much percentage of population speak hindi as their mother-tounge.

Apoplexy said…
Great blog.Solidarity to the Madhesi cause from me, here in Calcutta.What do you do in NYC?
2:47 PM