The Cloud Model, Not The Pyramid Model 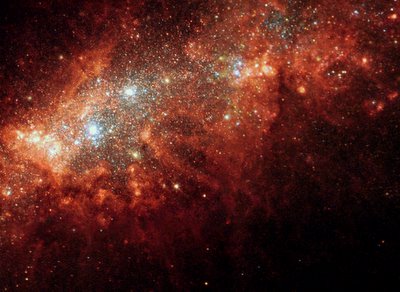 The Nepal Democracy Google group has seen a lot of productive action since December 2. Even before that I have been espousing something called a cloud model of group dynamics to coordinate the diaspora efforts for democracy in Nepal, the cloud model as opposed to the traditional pyramid model.

My Nepal 1000 page offers some more specifics. I also launched a much more private small group called Project Nepal Democracy. The latter is for clandestine work.

What is the cloud model?
I wonder if a more accurate term would not be a galaxy model. Each person who participates in the six projects is a star. The glow of each star is directly proportional to its activity level. And each person decides his or her own activity level.

Another advantage of this group dynamics model is that the amount of time any one person has to give can change from day to day, week to week, but the work does not suffer even if the person does not inform the group when his or her time commitment might momentarily go down. Project teams are self regulating. And there are no hard and fast boundaries between projects. Some of the more active members move from project to project on a revolving basis. They can not do the work of the specialists, but then can fill in the gaps, and take care of the general work and, very importantly, keep the conversation going.

Welcome to the cutting edge cloud model of group dynamics.